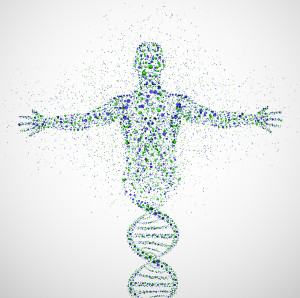 There will probably come a time when many of us will routinely monitor, track and record an array of health metrics on a daily basis. Medicine may start to become an exercise in the manipulation of big data, where a rich record of diagnostic & lifestyle information harvested from smart devices dotted about our person is combined with a genetic profile, fed into diagnostic and prognostic algorithms resulting in personalised preventative and therapeutic recommendations.

We are clearly nowhere near this stage yet, but health services, technology companies and the healthcare industry and all pointing in that direction. Towards the end of last year, the UK National Health Service (NHS) (not known for its trailblazing track record when it comes to IT initiatives) produced a “Framework for Action” document, mapping out key timed objectives for how data should be used in the service to “transform outcomes for patients and citizens”. Highlights include:

– By 2018 patients will have access to their complete digital health record, as well as being able to record their own comments in the record.

It’s easy to see how these initiatives pave the way for a new world, where patients use approved APPs and web-enable devices to monitor their health, then dump the data into their own personal health records for the benefit of healthcare professionals.

For their part, in 2014 the big technology companies woke up to the potential of personalised health in a big way. Users of Apple phones and tablets who have up-graded to the iOS 8.1 operating system in September will notice that they now have access to the new Apple Health APP. The APP provides users with an easy-to-read dashboard of their health and fitness data. The idea is that if somebody has a variety of different APPs collecting data, then they are pooled in the one place on a single health and fitness dashboard. At the same time, Apple launched HealthKit, a tool for developers that allows the APPs to all work together by offering access to data held in the central ‘Health’ APP. A nutrition APP, say, can now feed information into your fitness APP on how many calories you consume each day. Information from Health APP can then be shared with a patient’s doctor in a variety of ways. For example, Health APP will sync with Epic’s MyChart APP. MyChart enables patients to communicate with doctors who are using Epic’s electronic medical records system. Given that Epic’s software covers more than 50% of the patient population in the America, this provides a massive opportunity for US patients to share a potentially huge amount of data easily and quickly with their healthcare professionals.

Google first looked into this area back in 2008 with the launch of Google Health: a personal health record services that allowed users to create a centralised Google Health profile. Launched in an era before smart phone APPs had really taken off, the service was closed down at the beginning of 2013 due to lack of up-take. The company is still very involved in health-related technologies however and last year launched its own health and fitness APP, Google Fit. Similar to Apple’s Health APP, Google Fit tracks health and fitness data using a smartphone’s built-in sensors as well as being able to connect to and pool the data from other third-party APPs and devices. Also in the field of personalised medicine, Google’s X Laboratory (the company’s experimental wing that gave rise to the prototype glucose monitoring smart contact lens) announced that it has been looking into smart nanoparticles for health diagnostics. Once consumed the particles (with an iron oxide core coated with different materials depending on the application) can, for example, seek out cancer cells distinguishable by their cell surface markers, reporting back the results to a magnetised wrist band (and presumable from there to a smart phone).

It’s going to take time, but we are edging towards a brave new world of data-driven personalised care. More and more medical device companies will need to think about “smartening up” their offering. Diagnostic companies need to think about how the result they generate can feed into this information ecosystem. And therapeutics firms must realise that the cure-all blockbuster drug may not necessarily fit with the healthcare environment of the future.