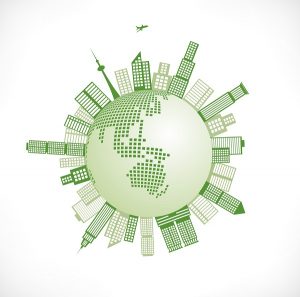 Industrial strategy has been a key focus for David Cameron’s UK coalition government from day one. Almost the first words uttered by the new Prime Minister in his first major speech1 as leader (in Yorkshire at the end of May 2010) were “Can we inject new life into the private sector, so that enterprise can drive not just our recovery but the re-building beyond it”. Of course this kind of rhetoric is only to be expected as a right of centre party takes the reins after 13 years of labour government, but targeted business growth has continued to be central to the coalition’s plans over the past four years. Given that life science companies based and operating in the UK generate £52billion2 in turnover (from sales both in the UK and overseas), this sector has, quite rightly, been a key focus. Using his favourite post-olympics sporting analogy, in 2012 Cameron stated: “…in order to win the global race, we need to do more to make the most of the UK’s strengths in the life sciences sector: our universities, clinical research base, industry and the NHS”2. 2011 saw the publication of the “Strategy for UK Life Sciences”, very clearly signalling the Government’s commitment to a sector seen as vital to the UK’s long-term economic prospects. More recently in March this year, the Department for Business, Innovation and Skills and the Department of Health decided to join their life science functions to create an Office for Life Sciences with the express remit of “making the UK the best place to invest in life science research and take advantage of the UK’s science base and unique NHS to improve healthcare and contribute to economic growth”3

So nobody can claim that the life science industry is being overlooked by this Government.

Life science is a key sector of the UK economy and, if government plans have any effect, is set to become ever more important. As with most other sectors, the industry is far from being uniformly distributed across the UK and, like the financial sector and others, the emphasis is heavily on the South and East of England. Nearly 40%4 of UK employees in the medical technology/biotechnology and pharmaceutical industries are in the South East / East of England (the North West is next with 10% of employees). People have long talked about the importance of the golden triangle of Oxford-Cambridge-London and earlier this year the Mayor or London, Boris Johnson, sought to strengthen the role of the South East with the launch of his MedCity initiative. The Major was naturally keen to position London at the centre of the cluster, saying:

“Together with Oxford and Cambridge we form a ‘golden triangle’ of scientific innovation… MedCity will span everything from research to clinical trials to manufacturing, across biotech, med tech and health tech.”

Shining a light on the sector in this way is clearly helpful to all, although some have commented that the initiative is currently strong on rhetoric and weak on detail, questioning what kind of organisation MedCity will be.

OBN recently re-branded, having previously been the Oxford Bioscience Network, to reflect this more outward-looking emphasis. David Boal, Senior Director of Business Development at OBN, commented: “Spreading the network geographically is key to growth and makes business sense in terms of helping members.” OBN has enjoyed considerable growth in 2014 with over 50% increase in membership to 330 companies.

One Nucleus was formed in April 2010 by the merger of two regional life science networks – Cambridge-based ERBI and the London Biotechnology Network (LBN). Like OBN, they are increasingly looking outside of the golden triangle to attract members- around 30% of their member companies are located outside of Cambridge-London. Tony Jones, Director of Business Development at One Nucleus, has nearly 20 years’ experience working in Life Science networking (having originally managed the London Biotechnology Network) and believes that early-stage biotechnology companies are becoming international much earlier now and so membership organisations need to reflect this and become more outward-looking. He also pointed out that in the UK, life science networks are mainly funded through member fees so there is no particular requirement to stay regional. This compared with the situation in countries like the US and Germany where local government funding often necessitates a local remit. One Nucleus also collaborates very closely with their Northern equivalent, Bionow. Bionow themselves are increasingly targeting the whole of Northern England for membership (having originally been more North West focused) and have a similarly inclusive approach when it comes to geographies.

It is easy to see how life science companies can benefit from all of these factors: whether it be a research-stage pharmaceutical company in Cambridge being able to draw on a large local pool of relevant post-docs, a group of laboratory-based companies in Oxford forming a buying collective or start-ups at a London networking event discussing the best way of accessing a life science investment fund. But in today’s electronically connected world, how important is physical location?

Ned Wakeman of BioCity, the UK’s leading bioscience incubator, was appointed Director of their new site at Alderley Park, called BioHub in November, 2013.  Since then, the BioHub has grown from 10 companies to 52. The decision by AstraZeneca (AZ) to relocate their global R&D centre from Alderley to Cambridge was seen by some as a blow to the area (the long-standing presence of the pharmaceuticals giant had resulted in a whole life science ecosystem evolving in that corner of Cheshire). Ned thinks quite the opposite, saying:

“While the site closure is clearly a blow to many of the AZ employees, in the long term it will be seen that the company created huge opportunity for the North West.  Much of the early publicity had been given to the alleged negative impact to the region but this has driven an enormous amount of activity and collaboration between organisations such as Cheshire East Council, Manchester Science Parks, Manchester University, Salford University, Liverpool Innovation Centre”.

For BioCity, clustering is not just about physical proximity, but active business incubation and support. BioCity works closely with companies to increase their chances of success, helping them to analyse the fundamentals of their business model at the very early stages: who is the customer, what is the core offering and is there a demand? As a result, the survival rate for companies located on its original site in Nottingham is 91% over its 11 year history. This compares highly favourably to the figures in the government’s strategy for UK 2012 Life Science Report, which found that the three-year survival rate for SMEs was 61%5.

Physical proximity does of course play a role and agglomeration economy drivers can be identified: sites like Alderley Park are purposefully designed to encourage knowledge sharing, networking and collaboration.  Having studied the research on biotechnology clusters closely, Ned comments that the key aim of his team is to “carry out those activities that the research literature indicates make for more successful clusters and companies. BioCity has a long history of developing and implementing successful support activities and we can draw on all of those learnings here at Alderley”. Building on the network of life science organisations that already exist in the area, cluster companies are collaborating with a wide variety of public and private sector organisation in the wider North West region.  Ned says: “There are great benefits to co-locating on site, but also within a 30 miles radius. When you look at where you draw companies from it’s usually within around a 30 mile radius, although there is no magic number, and we recently welcomed a company from Chicago, USA.”

The reality is that current UK life science clusters are fairly long standing and often the result of the historical presence of a major public or private sector organisation, whether it be AZ in Cheshire, Boots in Nottingham or Oxford and Cambridge Universities. There have been moves to establish new regional life science clusters, such as the Arthurian Life Sciences fund set up to invest in related industries in Wales, but it remains to be seen whether genuinely influential regional hubs can be created de novo. However, whilst the benefits of clustering are well documented in the literature, it may be that national collaboration will be just as important to driving the sector. Very few people now working in UK networking and membership organisations have a parochial outlook and most recognise the need to foster collaboration nationally as well as seeking to encourage agglomeration economies.